Qualcomm just published the Snapdragon 675, a mediocre smartphone SoC with some premium features. Possibly, the most important fact that its fresh-new Kryo 460 architecture and it is developed around ARM’s Cortex-A76 cores, which are intended for flagship devices and haven’t yet made their approach into a Qualcomm chip.

The Snapdragon 675 has dual performance-focused cores at 2.0GHz beside six 1.78GHz cores intended for power efficiency. For illustration, the current flagship Snapdragon 845 uses quad 2.8GHz performance cores based on the Cortex-A75, so it’ll still be a lot quicker. The 845 is too built on a 10nm process versus the 675’s 11nm. But as Anandtech perceives, it’s surprising to see Qualcomm launch a new CPU design on a mid-range product, especially acknowledging that the results will probably outperform the purportedly higher-tier (and not exactly old) Snapdragon 710. 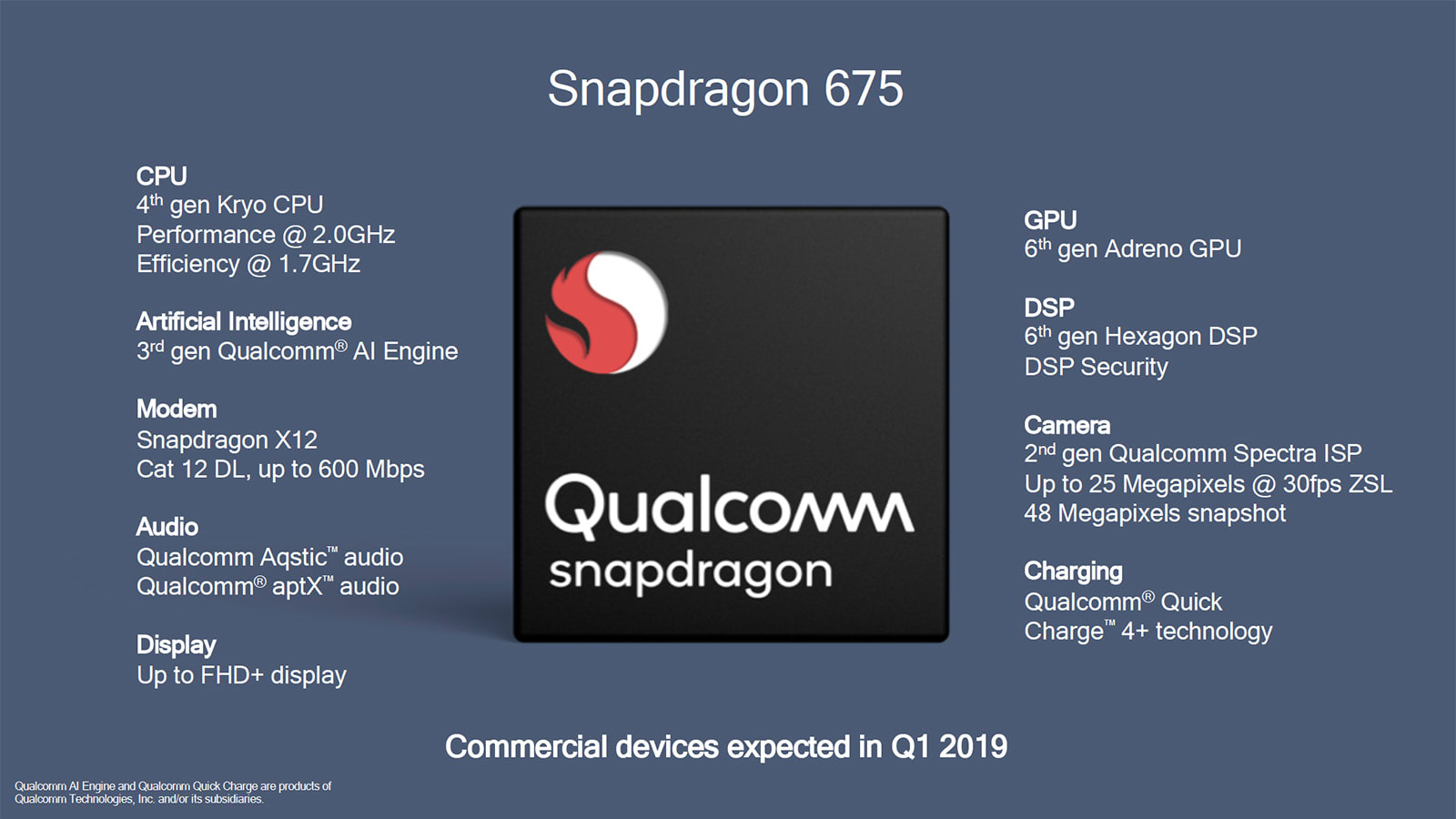 Putting the cores aside, the Snapdragon 675 seems to have been created for the certainty that high-end features are no longer the elite of flagship phones. The brand-new image signal processor has been manufactured with triple-camera setups in mind, while there are gaming improvements for particular titles that appear similar to Huawei’s GPU Turbo optimizations. The 675 also incorporates Quick Charge 4+ support and a faster AI engine.

Qualcomm implies that the Snapdragon 675 will make its way into users phones in the first quarter of 2019, so don’t be upset if it seems like every new device has three cameras on the back by then.