Today, Razer just announced a pair of new keyboards, The Huntsman and the Huntsman Elite, these keyboards are offering a new set of mechanical keys. They are the Razer’s first keyboard models to feature “opto-mechanical key switches,” technically combining the tactile clicking of a mechanical keyboard with optical, IR-base technology which detects when the key is pressed for far better actuation reliability. 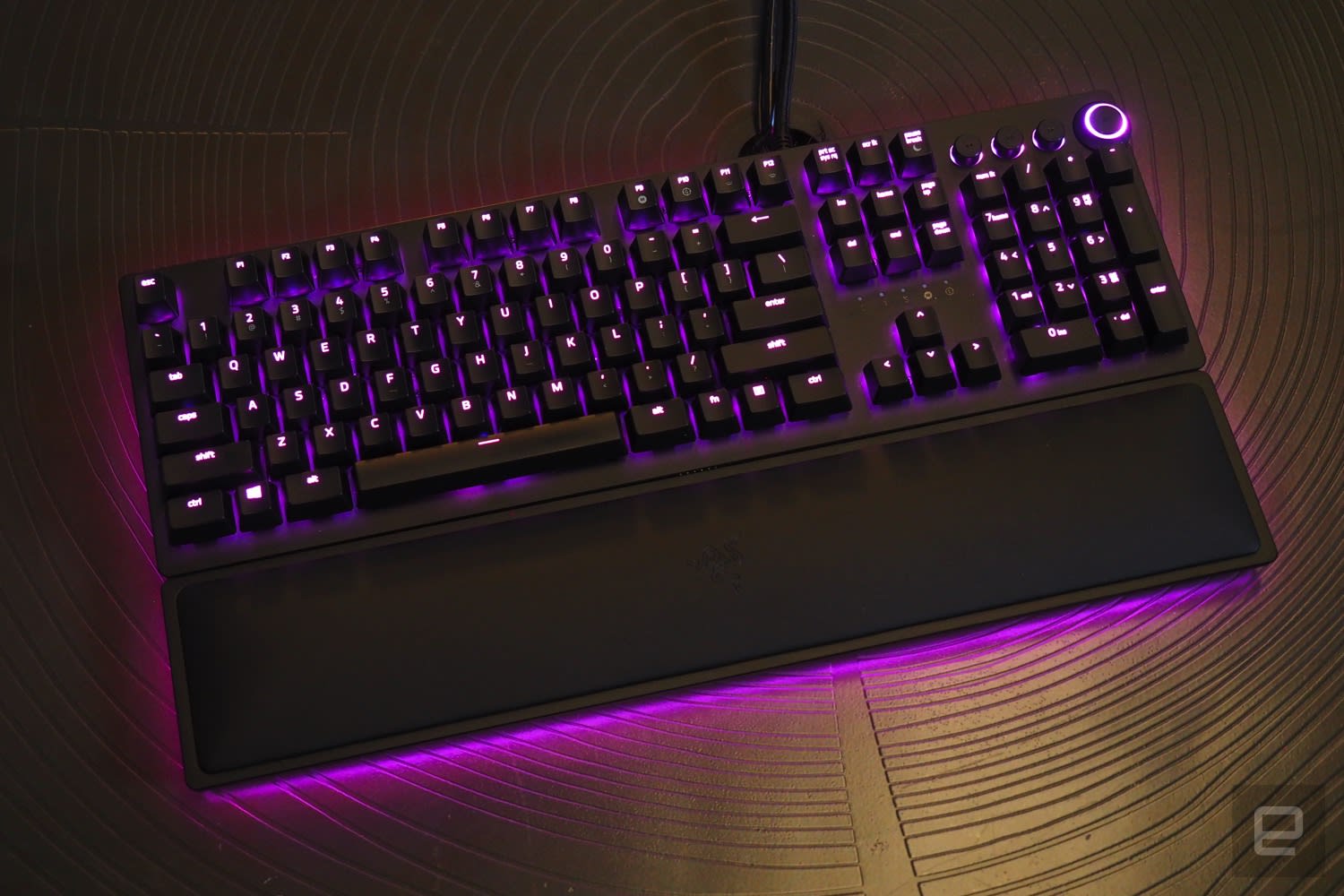 Razer says that the opto-mechanical keys offer a similar feel to the existing Razer Green switches used in their previous keyboards but with 30% faster actuation than traditional mechanical switches due to the optical sensors. This new technology means lesser moving parts, which Razer says should interpret to less mechanical issues and a longer lifespan with rated over 100 million keystrokes.

The basic model Huntsman offers the opto-mechanical switches and the standard chroma lighting for $150, while the Huntsman Elite offers some extra features for an extra $50 ($200).

Talking about the key lighting, the Elite mode offers underglow lighting for illuminating the bottom of your desk around the keyboard. Razer is also including a magnetic palm rest that offers underglow lighting through a hidden POGO pin connector, so you won’t have to choose between looking cool and feeling comfortable altogether. The elite is also offering multimedia controls with unique buttons and a scrolling dial at the top right of the keyboard, which are fully customizable through the software.

Both keyboards are available to be bought on Razer’s website

Dozens of Discounts and Free Items on GTA Online from Today

Popular CS:GO Player fer has been banned from Twitch over Racism.

Discord Is Moving Away From Gaming Only to Much Wider Audience

Discord Is Moving Away From Gaming Only to Much Wider Audience

SkyWalker - July 2, 2020 0
“This is just the beginning of Discord’s journey to be a place for all of your communities to talk and build relationships,” Citron said.
Games

Popular CS:GO Player fer has been banned from Twitch over Racism.

DrDisrespect Says Twitch has not told him the ban reason

SkyWalker - June 28, 2020 0
A Few Days, We reported that Guy Beahm aka DrDisrespect has been banned from Twitch. The Twitch Streamer with massive following was...
News

PlayStation Plus is 10 Years Old, Sony announces free games and...

SkyWalker - June 29, 2020 0
I just noticed time has passed so quickly. That is to say, Sony has announced PlayStation Plus will be celebrating its 10th...
Games

SkyWalker - June 27, 2020 0
Despite, all those user critics and backlash against the mega project by Naughty Dog. The Last Of Us Part 2 has still...

Dozens of Discounts and Free Items on GTA Online from Today